The History of the Tarot

The mythical history of the Tarot in Western occultism

The mythical history of the Tarot in Western occultism

Western occultism is a broad area, attracting many weird and wonderful theories and beliefs from around the world. Theories around the history the Tarot, however, can all be tracked back to a French pastor named Antoine Court de Gébelin. As well as being a pastor and a freemason, he was also heavily into studying the occult. Most of de Gébelin’s theories were debunked due to his loose interpretations of myth and history, often altering facts to complement his theories. Nevertheless, two short essays on the Tarot, one by de Gébelin himself and the other by a subscriber named Comte de Mellet, were the only parts of his works that were not forgotten.

At first, de Gébelin thought the name Tarot derived from the ancient Egyptian language, we now know its origin is Italian and comes from the word Tarocchi. Although many of de Gébelin’s theories of the Tarot revolve, somewhat misleadingly, around its origin being of Egyptian decent, his comparison of the Minor Arcana suits to that of the Egyptian class system, does have some truth to it.  However, these classes are more plausible if you associate them with European society during the Renaissance period. In his attempt to further the Tarot from any Christian connotations, de Gébelin altered the names of some of the Major Arcana: the Papesse became the High Priestess, and the Pope became the High Priest or the Hierophant, as they are seen in modern decks such as the Waite-Smith or Gilded Tarot.

Both de Gébelin and de Mellet were insistent on their belief in the number seven having significant meaning within the Tarot. De Mellet’s perception was that there were 21 trump cards, which could be split into three groups of seven, where he assigned the three different ages of the history of man. He stipulated that trumps XXI-XV depicted the creation of man in the golden age, while trumps XIV-VIII are the age of silver and relates to facets of time, and the trumps VII-I represent the iron age and the devolution of man into its primal state – the Fool. However, when read in chronological order, this process of descending reverses into ascension towards the highest state of human spiritual evolution – true enlightenment. Thus, the Major Arcana, when used as a spiritual divining tool, can decipher our next step towards this enlightened state of being.

Although de Gébelin and de Mellet were the keystones from which all historical knowledge surrounding the Tarot is based, the occultist Jean-Baptiste Alliette (1738-1791) from Paris was responsible for the direction of the Tarot that transformed it into its popular modern state. Alliette, who wrote under the pseudonym Etteilla, coined the term cartomancy and was the first official Tarot teacher. The Grand Etteilla, the first modern Tarot, was the first Tarot deck produced primarily for divination and which encompassed modern occult beliefs. However, still driven by the belief that the Tarot’s origin is Egyptian, the Grand Etteilla is centred around Egyptian imagery, such as obelisks and pyramids.

Read more about Symbolism within the Tarot

The representation of Neoplatonic themes in the Tarot

Plato (428-347 B.C.E), misunderstood by many, had two main philosophical areas of insight: that of the rational and that of the mystical. Neoplatonism, a label used by scholars, is a term used to describe the followers of his mystical beliefs and teachings. As with most philosophy and religion, Plato wanted to unearth the answer to life’s eternal question: how does one conquer death and find eternal life? Two of the six Hermetic qualities are encompassed within Neoplatonism, the two elements most applicable to his teachings are: the world is alive, and the purpose of life is to transmute or progress to a higher spiritual state through the experience of enlightenment or gnosis. In order to truly understand the concept of eternal life, he turned to the Soul, the only part of our impermanent earthly existence that is permanent. Plato perceived the stories that we re-enacted in our human bodies, and the various characters we became, was what allowed us to reincarnate, thus continuously recreating similar scenarios and patterns life after life. This can be seen in the evolution of the archetypes in the Major Arcana. It is only when we reach true enlightenment, and complete Soul evolution, that we can break through these patterns and endless cycles of rebirth, and return to the source, the Soul, where we are inevitably immortal. In order to describe this concept further, Plato refers to it as being trapped in the underworld, living out illusion after illusion, waiting to see the light, the sun, a true symbol for enlightenment and spiritual truth, hence the Star, the Moon and the Sun all being present among the highest-ranking trump cards, representing a more evolved and truly enlightened Soul.

Light and truth are deemed as one in the same throughout some of Plato’s teachings. He talks about the ultimate truth being that of desire, a desire for the Good and the Beautiful: either sexual/sensual desire, or spiritual/godly desire for wisdom and virtue. This splitting of desire is depicted perfectly on the Lovers trump card from the Tarot of Marseilles deck: a man is presented with a choice between a sensual woman or a virtuous one. The Chariot card follows on from this as a representation of triumphing over love and pursuing wisdom and virtue. Given that most influential people of the time were men, eternal beauty was depicted as a beautiful woman, usually of a higher rank and thus out of reach. Many songs and poets of the time took on a general theme of love and beauty, in particularly, that of noble knights pledging themselves to women of high status, i.e. ladies and queens. This can be seen in the Tarot through the ranking of the Court Cards: the page/knave is of service to the knight, while he pledges himself to the Queen as she serves the King.

Read about Tarot & the Higher Self 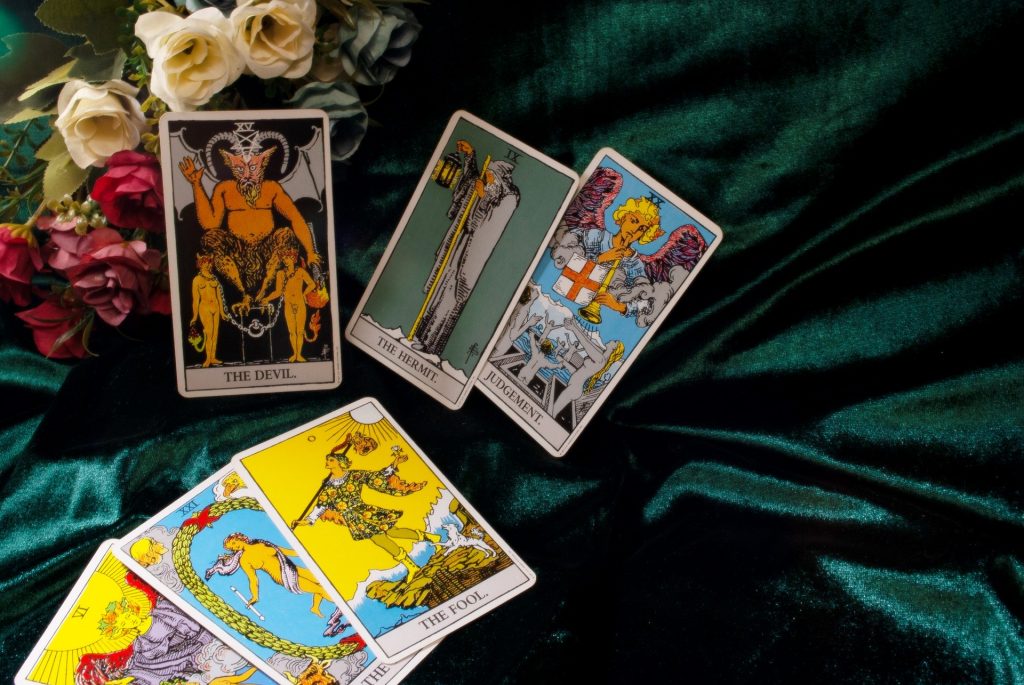 The Tarot “trump” cards refer to the Major Arcana, an additional suit added to the traditional four suit playing cards. However, not all historians consider the trumps as a suit due to their lack of a consistent symbol, such as wands. The trumps were originally added in the 15th century, but are a far cry from the modern trumps we see today, and are believed to be the origin to the modern game bridge. Today, the trumps consist of twenty-one cards plus the Fool – the Fool was named a wild card, and not officially considered a trump until the late 17th century. However, over the centuries this number has varied to as large as forty trumps plus a Fool in the 16th century. The earliest examples available typically have no numbers or labels, and cards are often missing. Therefore, obtaining a full deck to analyse or use as a ‘standard’ was near impossible, hence the variation and inconsistencies of reports. It wasn’t until 1507, when the standardised Marseilles deck consistently numbered and ordered their cards, which paved way for the modern Waite-Smith deck. However, it is the year 1781 that marks the pivotal point between historical and modern Tarot decks when Court de Gébelin, a French occultist, published the first standardised interpretations on the Tarot.

Over the centuries, many philosophers, scholars and historians have tried to project different concepts and theories onto the trump cards: many of which have been disproven. For example, some theorised that twenty-one trumps and the Fool (twenty-two in total) encompassed a mysterious code associating each of the trump images somehow to the twenty-two letters of the Hebrew alphabet. The theory extends further as the letters of the Hebrew alphabet are subsequently aligned with the planets, the signs of the zodiac and the four elements. Over time, the correlations between the Hebrew alphabet were debunked, but the correspondence with the celestial symbols took root.

The trump cards received their name directly and appropriately from their purpose in the deck – to trump or triumph (over the card before it). The order of the cards can be viewed as an evolution of the virtues of man, a procession of mystical imagery where the virtues of each card trumps the vices owing to its predecessor. Thus, the final card, the World, represents the highest of universal truth and triumphs over all other trump cards. The titles and order of the trump cards have been depicted in a variety of ways. The main difference between the Tarot of Marseille and the Waite-Smith deck is the reversal of the positions of Justice and Strength. It would be apparent that they had differing opinions of which virtue triumphed over the other. Further historical references indicate another use for the trump cards to be for representing the personalities of participants in Renaissance parlour games. Literary evidence would suggest that the Tarot began to be used for divinatory practices from at least the early sixteenth century and continues to do so in the 21st century.

Read about my Tarot services 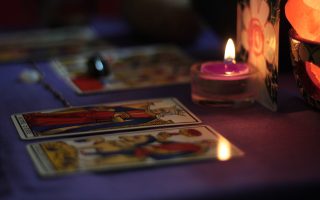 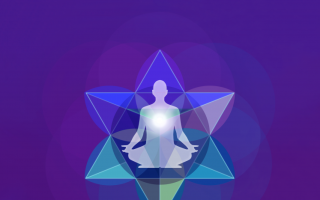 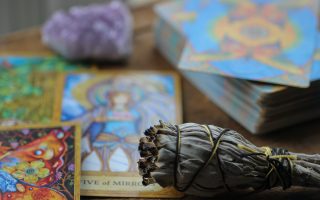