Why would you Cleanse an object?

Some objects are used a lot and can ‘collect’ and store negative energy in them. For example, if you have an argument with someone, or someone is horrible to you, a piece of jewellery you are wearing might absorb that negative energy. You can also place crystals around your home to specifically absorb this negative energy so you don’t absorb it yourself.

Why would you Cleanse a person?

People, just like objects, are susceptible to absorbing negative energies. For example, a person who is being bullied or abused might absorb all the negativity being thrown at them by the perpetrator. This can build up inside if not cleansed, released and transmuted back into the world. By cleansing a person, you are dispersing that negative energy through intention.

Why would you Cleanse a space?

Just with objects, a space can absorb negative energies that inhabit it. For example, if there is abuse in the home, the home itself may absorb this negative energy & store it, giving the home a ‘bad vibe’. Homes are particularly susceptible to storing negative energy as there are many places for it to gather e.g. corners, doorways, windows. Homes are meant to be a safe space, therefore, it is imperative to cleanse these so they remain as such.

What happens if I Cleanse something?

How do I Cleanse something?

To cleanse something, whether a physical object, person or home, you will need one of the 4 elements to assist you…

Direct access to the earth is best used for cleansing an object as the most effective method is to bury the item in question. A plant pot will do but if you have access to a private garden then burying it directly into Mother Earth is always more effective. Remember to mark the spot you have buried it or draw yourself a map so you don’t lose it! The longer, the better, but overnight should suffice – even better under a Full Moon.

Smudging is a term used for bathing or cleansing something / someone with some form of sacred smoke – normally incense, sage or Paulo Santo. To smudge a person or object, all you need to do is light the incense and move it in a way that allows the object or person to be bathed in the smoke. To smudge a room, you can simple light an incense stick and leave it to burn in a safe holder. Alternatively, you can waft the smoke around the room, allowing it to fill the corners and ceiling.

Cleansing with fire is similar to cleansing with incense. Light a nice smelling candle and allow the aroma to fill the room and cleanse it. Additionally, with an object, you can gently move it through the flame.

Disclaimer: be careful when using fire for cleansing as it can catch alight on people, clothing, furnishings and objects. In my opinion, fire is the least effective cleansing method anyway.

In my opinion, water is the most powerful & effective cleansing element.

How to make Sacred Water

Download your FREE guide on How to Make Sacred Water

By regularly Cleansing yourself, your home & precious objects, you will… 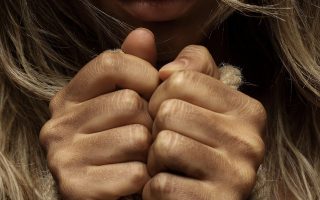 6 Steps to Your Higher Self